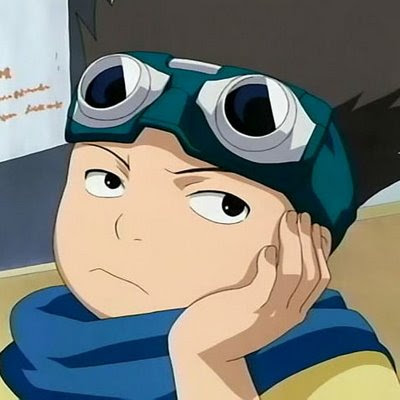 Konohamaru Sarutobi (猿飛木ノ葉丸, Sarutobi Konohamaru), named after the village he lives in: Konoha, is the grandson of the Third Hokage and by extension the nephew of Asuma Sarutobi.
Background

Konohamaru usually hangs out with his two friends, Udon and Moegi. Together, they call themselves the "Konohamaru Ninja Squad" or "Konohamaru Corps" in the Japanese version. He and his teammates constantly try to sneak up on Naruto Uzumaki with poor variations of the Cloak of Invisibility Technique. Konohamaru's biggest influence is Naruto himself, looking up to him as a role model. At various points Naruto and Konohamaru appear to have common bonds between them, such as use of the perverted jutsu, determination, and a fiery attitude. Konohamaru ends many of his sentences with "kore" (コレ, a laughing signal or appreciation), much like Naruto's "Dattebayo!"
Personality

Konohamaru makes a few staggered appearances as Part I progresses, either trying to spend time with Naruto or simply trying to be helpful. After his grandfather's death, Konohamaru briefly loses interest in Naruto's guidance, feeling the restoration of the village to be more important. When Tsunade attempts to take on the position of Hokage, Konohamaru is unaccepting of her due to his opinion that she can't compare to his grandfather. After Tsunade demonstrates her strength and medical abilities for him, however, Konohamaru accepts her as the Third's successor. Even though Konohamaru and Naruto pretend to be rivals, the two clearly have a deep and understanding relationship, that goes far beyongd the boundaries of a mentor/ protegee relationship, mor like one between a younger and elder brother. Konohamaru idolizes Naruto in ways that no other person dooes, which is also shown when the two meet first, with Konohamaru calling Naruto respectfully. They eventually become very close, and Naruto also teaches Konohamaru some jutsu that he himself excels in. Naruto is shown to be fond of Konohamaru.
Part I
Introduction

At the start of the series, Konohamaru feels unacknowledged due to his status as the Third Hokage's grandson, and is often recognized through that link. Although he had only recently begun to attend the Academy, he constantly attempted surprise attacks on his grandfather so he could defeat him and acquire the acknowledgment of the Hokage name. Though Ebisu, his tutor, tried to discourage this, it is only through Naruto's influence that Konohamaru realized that there would be no shortcuts to becoming Hokage. Instead, it is a dream that would take many years of hard work and discipline to realize.

He makes his second appearance during the beginning of the Chunin Exam arc where he and his classmates try to sneak up on Naruto, hidden in a stone like box. However they are quickly discovered. Later on they get into a quarrel with Sakura, and then again with the Sand Siblings, as Konohamaru bumps into Kankuro, only to be saved by Sasuke
Fillers

Konohamaru's appearance in the fillers is during a mission for which the Konoha Genin have to act as leaders to Ninja Academy students' squads. Konohamaru, Moegi and Udon are assigned to Naruto. When Naruto loses his team in the forest Konohamaru and Moegi try to use the map, but the same thing happens. After Udon tries and fails because the compass is not pointing correctly (due to the magnetic force of the forest), he faints due to the compass' spinning arrow. At sunset they are attacked by ninjas (disguised senseis of the academy, along with Shikamaru), Naruto uses the Sexy Jutsu to confuse the ninjas. This doesn't work, but Konohamaru, Moegi and Udon use it at same time and have more success. However, Shikamaru strikes them with part of a tree's trunk because he thinks they are fools.

When a mighty storm begins all of the teams are called to return, but Naruto and his team seek shelter in a cave. All of them are hungry so Naruto cuts a piece of cheese into 3 parts. Udon asks 'why 3?' and Naruto responds with a memory of Kakashi's Survival Test. Later, all of them go to the top of the mountain to complete the objective of the mission. When Shikamaru and Iruka go to search for them and rocks fall above Naruto he uses the Rasengan to break them. They then go with Tsunade to confirm the mission's completion.
Part II
Gaara Retrieval arc

After the time skip, the Konohamaru Corps has become a Genin team under Ebisu. In the anime, Konohamaru and his team was given the same mission as Naruto's team when they first became Genin (the runaway cat). Konohamaru states that he will become the seventh Hokage and that Naruto would be the sixth. Konohamaru's scarf is even longer post-time skip, stretching at least several feet beyond his neck. When Naruto returns after his 3 years of training he introduces himself, by showing of his new and improved Sexy Jutsu, only to be told by Naruto that they are no longer children and should not use such techniques, only to reveal that he had improved it himself, and is almost about to use it, when he is smacked around by Sakura, in turn scaring Konohamaru and his friends.
Fire Temple arc

Konohamaru is shown with Team Ebisu when the enemy began attacking. He is told to escort people to safety and as Ebisu claims, it was his first A-rank mission, thus emulating Naruto once again, who also received an A-rank mission during an attack on the village.

He makes his next appearance after the defeat of Hidan and Kakuzu, where he demonstrates that he has been able to learn the Shadow Clone Technique, albeit only with a single clone. He continues to add the Sexy Technique to it, creating the Sexy: Double Knockout Girls Technique, by first creating two naked women engaged in a suggestive position and getting a perverted reaction from Naruto, but is promptly hit by Sakura. In the anime, Sakura was about to hit him, but Moegi hits him first.

After being told his jutsu was useless, aside from its perverted use, Konohamaru used Sexy: Double Knockout Guys Technique to transforms into two naked males, who resembled Sasuke Uchiha and Sai, showing that Sakura was a closet pervert, and showing that the technique could in fact be used as a distraction as it was developed for both male and females (this part was censored and not included in the anime).

During the Akatsuki's invasion on Konoha, Konohamaru has been seen peeking out a corner, gasping for breath but looking no worse for wear. He witnesses Naraka Path Pain judging two Konoha shinobi, killing the one that lied to him and draining the energy of the other one, although he doesn't understand the technique at that moment. Before he attempted to escape from scene, he is spotted by Pain. Fortunately, his master Ebisu jumps in giving Konohamaru a chance to escape. However, Ebisu is easily defeated, but before being killed, he's saved by some shuriken thrown by Konohamaru. Naraka Path charges in while Konohamaru braces himself and starts performing hand seals. Konohamaru is caught by Naraka Path Pain, and witnesses his technique, understanding it. At that moment, the Konohamaru in Naraka Path's grasp disappears, revealing that it was a Shadow Clone. Having distracted his enemy, the real Konohamaru attacks from behind with a Rasengan, scoring a full-impact hit that slammed Naraka Path through a wall incapacitating him.

Proud of his accomplishment, Konohamaru states his name and that he is a member of the Sarutobi clan.

At the beginning of the series, Konohamaru's only skills included some poor cloaking techniques and much worse transformation skills. However, after having met Naruto, he has at least perfected his transformation technique.

During the time skip, when he and his team graduates and become Genin, it is implied that he knows the basic skills of tree climbing and walking on water, using chakra control.

It is implied Konohamaru may have inherited his grandfather and uncle's talent, as he has also learned the rather difficult Shadow Clone Technique and the even more difficult Rasengan (albeit still requiring the assistance of a Shadow Clone like Naruto), although still needs the clone to handle the Rasengan even at it's small size. Both techniques have been taught to Konohamaru by Naruto in Part I sometime before Naruto left to train with Jiraiya. It is possible that Naruto could have taught him more, but it is unknown at the moment. He demonstrates a different version of Naruto's Harem Technique, first transforming into two naked women, then transforming into Sasuke Uchiha (naked) and Sai (also naked).

Konohamaru also shows he is adept at using the Rasengan as he surprises the Naraka Path and hits him with the Rasengan, which slams him through a wall. His version of the Rasengan is, like Naruto's, performed using a Shadow Clone to control the power of the chakra, but is smaller than Naruto's. It is also shown that Konohamaru holds the Rasengan with a shadow clone the way Naruto uses one to hold his Great Ball Rasengan.
at 10:15 PM