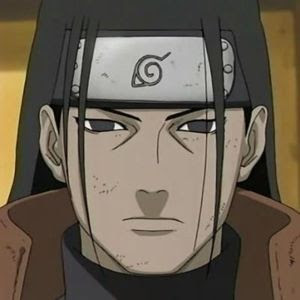 Hashirama Senju (千手柱間, Senju Hashirama), the First Hokage (初代火影, Shodai Hokage; Literally meaning "First or Founding Fire Shadow"), was the founder of Konoha, the older brother of Tobirama Senju, the Second Hokage of Konoha , and the grandfather of Tsunade, the Fifth Hokage of Konoha, and Nawaki. He is well known for his abilities to use the Wood Release, a Kekkei Genkai that combines Earth Release and Water Release, to create wood

Hashirama Senju (千手柱間, Senju Hashirama), the First Hokage (初代火影, Shodai Hokage; Literally meaning "First or Founding Fire Shadow"), was the founder of Konoha, the older brother of Tobirama Senju, the Second Hokage of Konoha , and the grandfather of Tsunade, the Fifth Hokage of Konoha, and Nawaki. He is well known for his abilities to use the Wood Release, a Kekkei Genkai that combines Earth Release and Water Release, to create wood.

Hashirama was originally the leader of the Senju clan of the Forest. During the first wars he and the Senju clan rose to being regarded as one of the two most powerful clans in the world, rivaling the Uchiha Clan. Because of which, the Senju constantly fought the Uchiha clan and he himself against Madara Uchiha personally, even to the point that when someone hired the Senju clan, the opposing part would hire the Uchiha clan, and vice-versa. Eventually growing tired of the constant fighting, Hashirama and his clan approached the Uchiha and offered a truce with the them. Allied with Madara and his clan, the two groups started what grew into the Five Great Shinobi Nations by founding Konohagakure.

Later on, Madara left the village because during arguments on the laws and policies of the village, Madara's own clan would side against him as originally he refused the truce, causing his clan to believe he was a monster, saying that he took his brother's eyes for his own selfish desires. This conflict resulted in the battle between Madara and Hashirama at the Valley of the End, with Senju emerging as the victor. To commemorate the battle, two statues, of Madara and Hashirama, were carved into the earth around the waterfall. It is for this reason that Naruto Uzumaki and Sasuke Uchiha's fight at that location was noted to be ironic.

At some point he would gain control of several Tailed Beasts, that he would later spread out between the nations, as the peace talks were happening, and in order to equalize the powers between the nations. While he was Hokage, Hashirama defeated Kakuzu, who received orders from Takigakure to kill him.

However the war still waged on, and thinking about the future of Konoha, he and his younger brother, Tobirama Senju, the future Second Hokage, trained the young Hiruzen Sarutobi, the future Third Hokage. Not long after founding Konoha, Hashirama died in battle, passing on the title of Hokage to Tobirama.

Hashirama was shown to be a very calm and collected person as well as kind and caring with a deep sense of loyalty. He saw the people of Konoha as a part of his own family, and his legacy takes a firm root in the village. He was also shown to be a very wise and insightful man as he passed on great teachings to Hiruzen. It was he who first believed that all Leaf ninja should show a true loyalty to each other and that a Kage must be willing to put his life on the line for his village to set an example for all others.

He and his brother were revived from the dead by Orochimaru using Impure World Resurrection to fight the Third Hokage during the invasion of Konoha arc. While fully aware what was going on and saddened that he would have to fight his former student, Orochimaru employed a special seal to rob Hashirama of his free will. During the battle, he demonstrated great teamwork and combination attacks with his brother, forcing Hiruzen to summon Enma for assistance. He also demonstrated his great Wood Release abilities and the same time shows great Taijutsu skills. His soul was eventually sealed into the stomach of the Death God by the Third Hokage, along with his brother and Orochimaru's arms. Before his soul was completely removed, he and his brother apologized to their former student for the trouble they had caused.


It is revealed that Orochimaru had implanted Hashirama's DNA into sixty test subjects in an attempt to gain access to his Wood Release techniques and ability to control demons, producing Tenzou (later given the code name Yamato). However, he lost track of the test subjects and didn't realize that one had survived.

Hashirama had been noted by both Madara Uchiha and several Konoha Jonin to be regarded as the most feared ninja of his time if not in history. There was also only one person who was capable of matching him and the Senju clan in their time, It was Madara Uchiha and the Uchiha clan. He was greatly respected by all even by Madara Uchiha!

Proof of how undoubtedly an extremely a formidable ninja he was is shown by him defeating both Madara and the Nine-Tailed Demon Fox (who was under Madara's control at the time). This is remarkable since Madara was a wielder of the Eternal Mangekyo Sharingan, an advanced form of the Mangekyo Sharingan. Defeating the demon fox alone would be a legendary feat, as the Fourth Hokage had to give up his life to seal the demon fox, however it stood to note that his wood jutsu allowed him to tame the demon fox in a manner similar to Madara, rather than actually beating up the demon fox. He also defeated the powerful Akatsuki member Kakuzu at some point. During his resurrected corpse's battle with Hiruzen, he demonstrated tremondous skill in all forms of ninja combat as he was shown to be a considerable hand to hand fighter as he fought on equal footing against Hiruzen, who was a taijutsu master, and could use powerful Genjutsu that even Hiruzen, a genjutsu master, seemed unable to dispel. Flashbacks to his battle with Madara showed he also had summoning and weapon prowess, conjuring various weapons via scrolls.

He was most famous for his Wood Release jutsu, an ability to mix earth and water natured chakra to create a new element: wood. By converting chakra into the source of life, he was able to create trees, cause them to grow to great sizes, and manipulate them to diverse shapes and battle uses at will. It was said this ability was used to create the very landscape and foundation that the Leaf Village stands on. This ability was apparently unique to him, since neither his brother, Tobirama nor his granddaughter, Tsunade inherited this talent, despite their own impressive talents for chakra control. Yamato only acquired it (albeit much weaker in raw power) through genetic manipulation by Orochimaru. Yamato has also shown great skill in standard water and earth techniques so it is presumed Hashirama could do water and earth techniques as well. Hashirama's strongest demonstration of his Wood Release was from the Deep Forest Emergence. He summoned a tree and puts his enemy inside and it explodes with enough power to destroy the entire Leaf Village.

The ability Orochimaru most highly praised him for was his unique ability to control life and natural energy in the surrounding area. Through this ability, Hashirama could influence creatures composed of nature energy, such as the Tailed Beasts, by bending them to his own will and suppressing their chakra. It was presumed that this ability came from the Wood Release power to manipulate nature and life energy. Madara also mentioned that at one time, he had several tailed beasts under his control and later dealt them out to the other great Hidden villages in order to equalize the balance of power. It would seem this ability was greatly amplified by his very valuable necklace composed of a shard of crystalline chakra, though how this works is unknown.

Also, the famous Scroll of Sealing that was made by Hashirama himself heavily implied that he too knew a vast number of jutsu, not unlike the Third Hokage.
at 11:37 PM