In the Naruto universe, there are nine giant demons called the Tailed Beasts (尾獣, Bijū) that inhabit the planet. They are actually living chakra in physical form, often referred to as "Chakra Monsters". The Akatsuki organization has a plan that involves the capture of the Tailed Beasts.

The Jinchūriki (人柱力; English TV "Spiritualist Medium"; Literally meaning "Power of Human Sacrifice"), or hosts, exhibit extraordinary powers, and in some cases are stronger than their Tailed Beasts for the very fact that they are able to control their power.

In addition, if a Tailed Beast goes too long without a host, it can lose its intelligence and become nothing more than a giant animal.
Legend of the Tailed Beasts

According to some fans, the "Legend of the Tailed Beasts" is an epic story from Japanese folklore which Naruto author Masashi Kishimoto draws from to create the Tailed Beasts in his work. However, it is an example of internet-based fakelore which originated on Chinese websites, some suspect this chinese site.

The veracity of the legend breaks when it is cross-referenced with non-fandom sources on Japanese folklore. For example, the isonade, which is held to be the Three-Tails in this account, is in fact equipped with only one large, hook-covered tail; and the hōkō which is actually a Chinese creature called a pénghoú, named as the Five-Tails, has no tail at all. The badger was said to be the lord of all the Tailed Beasts in the original legend, and Naruto fans have claimed that a certain Tailed Beast to be a badger instead of it's true form, which was a tanuki for the One-Tailed Shukaku.

Additionally the author of the story admitted it was not a true legend, unfortunately it has gone largely unnoticed by most fans of the story 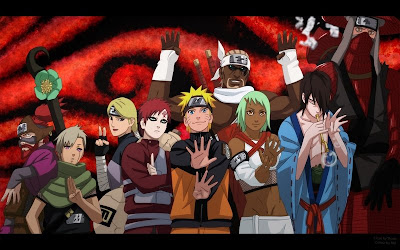 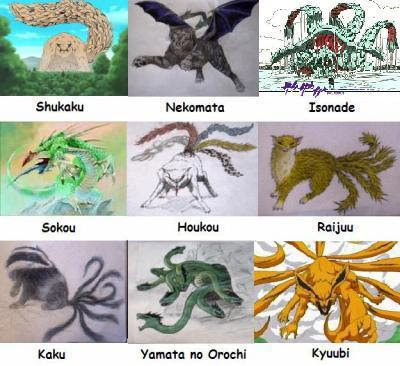